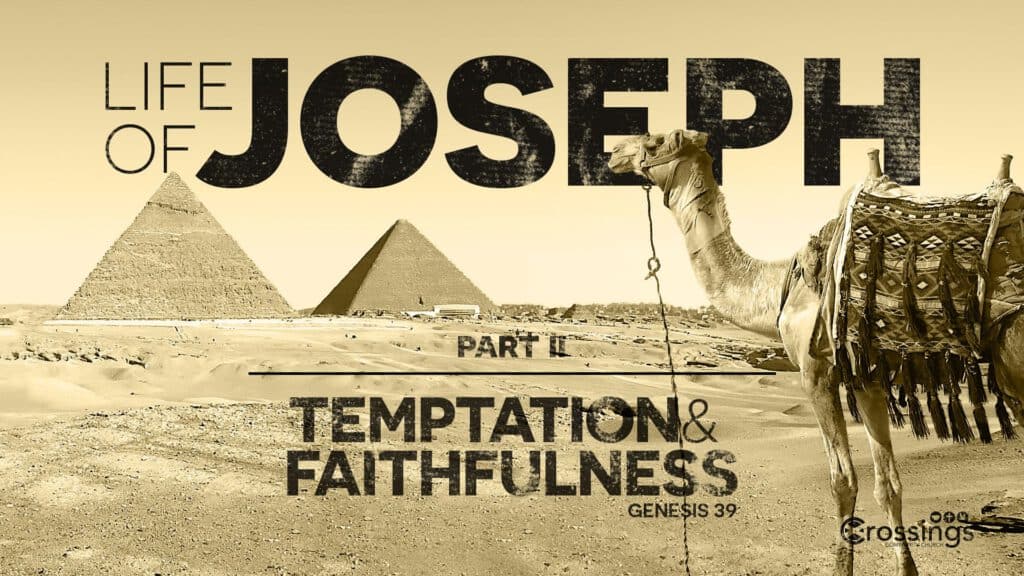 Joseph’s story continues. He’s enslaved by God blesses him at the same time. Joseph earns both the favour of his master and the desire of his master’s wife. And while she repeatedly tries to seduce him, Joseph shows his integrity in dealing with temptation by refusing her advances. Jilted, she frames him for attempted rape sending Joseph to prison. From Joseph’s life we can learn 3 lessons:

1. God is blessing us even during hard times

While Joseph is a slave, God is undeniably blessing all he does. When we’re in hard times, we too need to learn to see God’s hand of blessing. Then we can put our difficulties in perspective.

Joseph doesn’t become embittered by the fact that he has suffered injustice. While a surface reading of scripture might lead us to expect God to instantly bring justice, this isn’t the case. Joseph waits for God’s justice. As believers, we hope for God’s justice. But our hope is set on Jesus’ return when he promises to make everything right.

3. We have to learn to let go of wrong or we will rationalize evil

Joseph doesn’t dwell on the wrongs committed against him. If he did, he could have easily taken up Potiphar’s wife on her offer. Dwelling on grievance distorts our moral universe and allows us to redefine right and wrong in unhelpful ways. Joseph could have seen an affair with Potiphar’s wife as a justified assault on the man who held him as property. It would have been an opportunity for Joseph to assert his independence. But Joseph doesn’t get hung up on what’s been done to him, so he is able to clearly see the proposed affair as wrong. He demonstrates a Godly way of dealing with temptation.