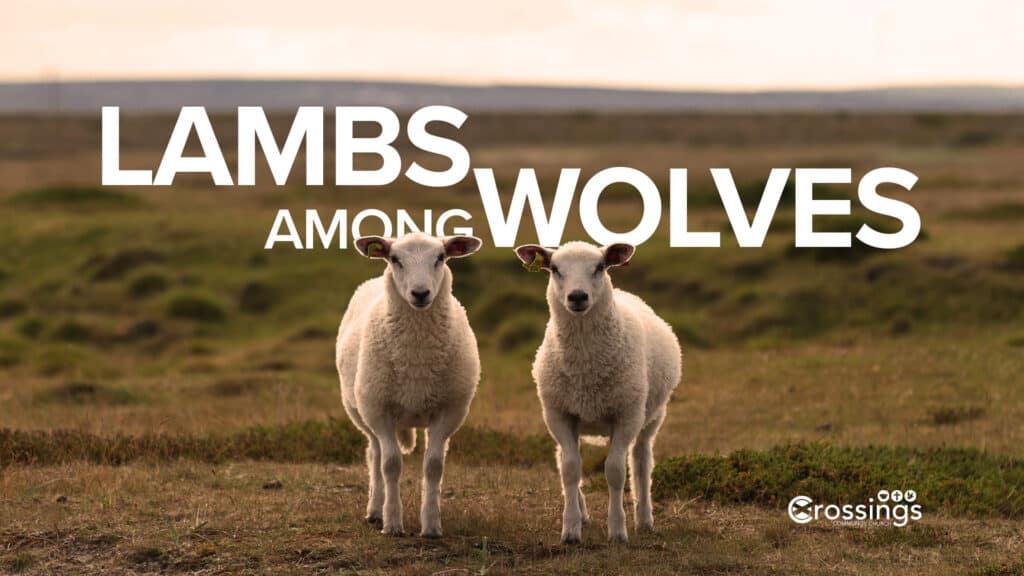 In the Kingdom of God, sometimes less is more. We see this when Jesus sends out his disciples as lambs among wolves to announce the coming of his Kingdom.

Jesus instructs the disciples to be like lambs because their victory shows God’s power at work in them. They also embody Jesus’ lamb-like vocation that will lead him to the cross. As his followers today, we’re meant to go out like lambs. We need to trust God to look after us, but also being willing to suffer and sacrifice for the good of others.

Jesus also commissions them to share the proclamation of peace. Through Jesus, God was offering peace to people alienated by sin. Our deepest hopes are tied up in the way of peace, but many of Jesus’ contemporaries were set on war. Many believed the kingdom would come by war. They reasoned God would intervene on their side if they provoked Rome into conflict. Through his people, Jesus warns this isn’t the case. Pursuing the kingdom by war will bring about terrible consequences. This proved true when the Jewish war led to the destruction of Jerusalem and the death of countless Jews. As Jesus’ followers today, we must also look to peace and love to bring about God’s kingdom. Wars won’t set the world straight. Neither will mocking, denigrating or humiliating our cultural or religious opponents.

If we want to see God’s kingdom come on earth, we would do well to follow Jesus’ instructions when he calls us to go out as lambs among wolves.