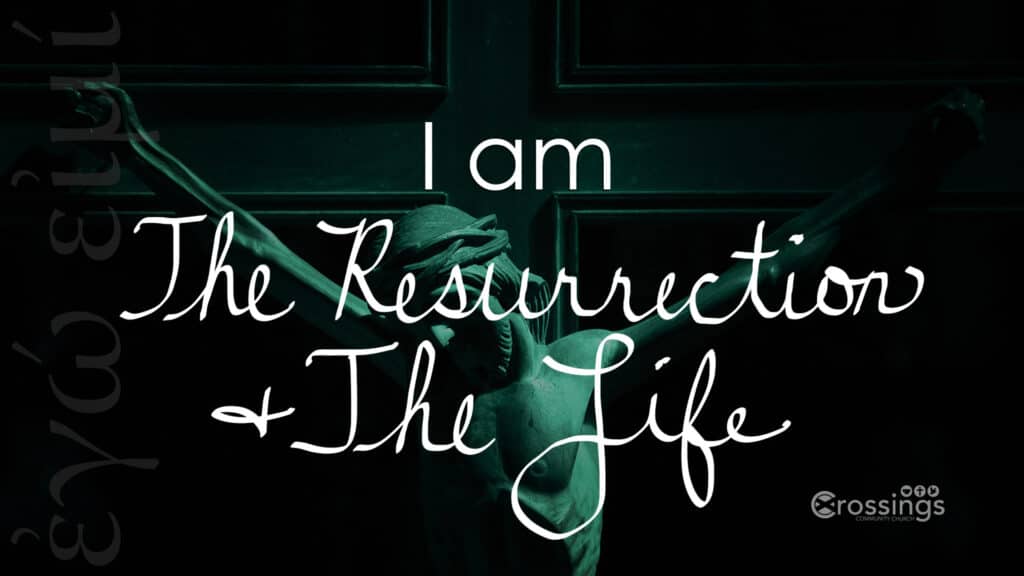 The Resurrection and the Life

JESUS IS THE RESURRECTION AND THE LIFE

When Jesus shows up in Bethany after Lazarus died, there wasn’t much hope that he could do much of anything. People believed that he was able to heal sick people, but not that he could raise someone who was dead and buried. It was just too late. But Jesus surprises everyone. When he says he’s the resurrection and the life, everyone thought it was a religious platitude. But when he tells them to open the tomb no one expects anything more than a putrid stench. But in this one act, Jesus shows his followers that he even has authority over death. If he could raise someone then, he can still raise someone today.

Jesus calls his followers to a life of self-denial, the way of the cross. The call to live a life of dying only makes sense in light of the promise of the resurrection. Jesus promises his disciples a life of hardship and suffering. But he also promises them a resurrected life more glorious than they can imagine. It’s only as we internalize the promise of resurrection that we can hope to find the strength to live the way of the cross. If Jesus really is the resurrection and the life, then we can believe his promise that the difficulties will be worth it.

OTHER SERMONS IN THIS SERIES