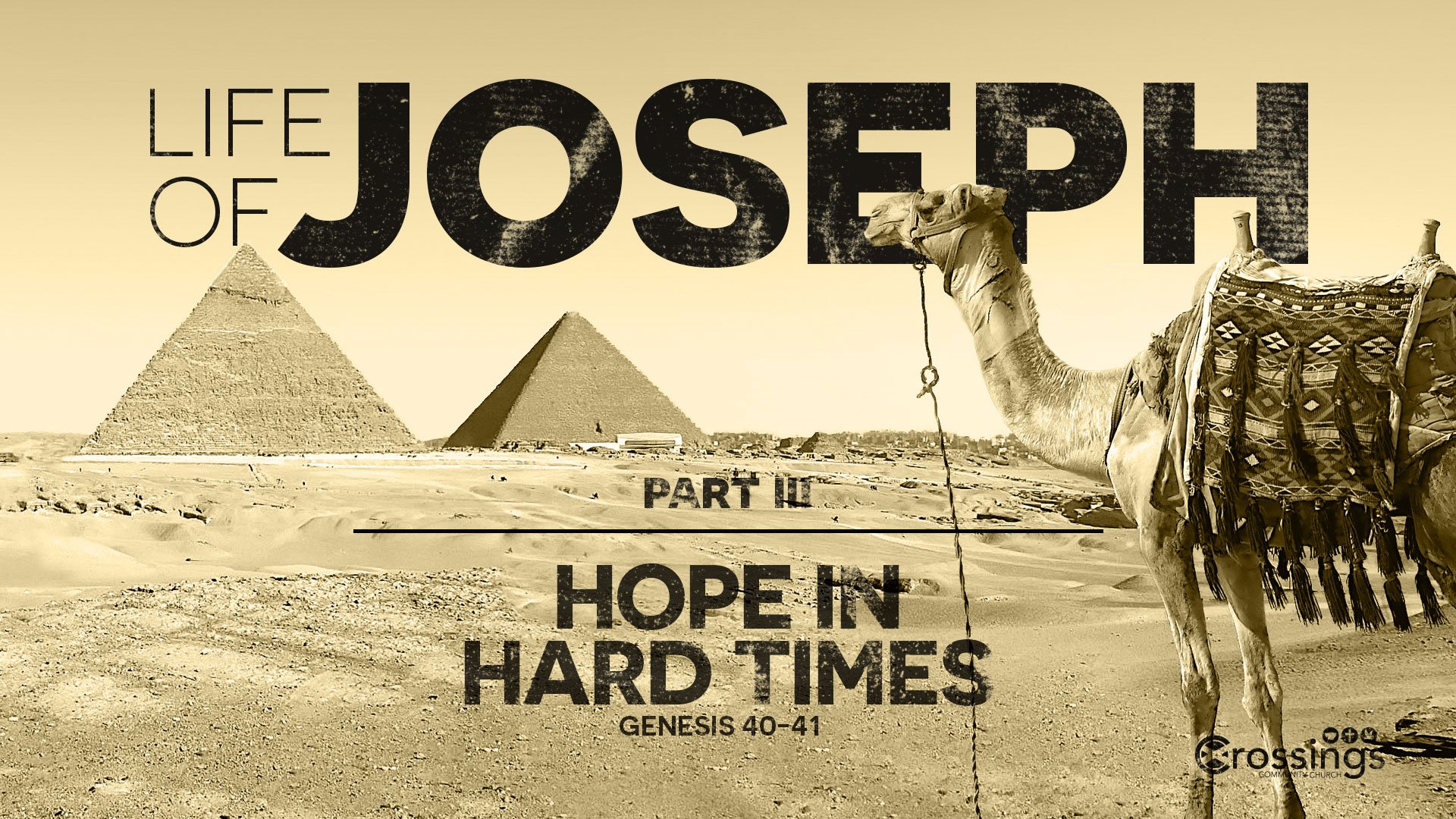 Joseph is a model for how to maintain hope in hard times. Sold by his brothers into slavery and falsely accused of attempted rape, Joseph’s life is a mess. Yet, things can get lower still. Joseph interprets the dreams of a royal official, hoping he’ll bring up his case before Pharaoh. But the official forgets him, leaving him to rot in prison for years. Finally, the official remembers Joseph when Pharaoh needs a dream interpreted. Joseph sees his life change in an instant.

God has transformed Joseph through the suffering he’s endured. Gone is the cocky kid ribbing his elder brothers about being destined to rule over them. God has humbled Joseph. But Joseph’s humble position glorifies God. While history tells the story of great men who change the world, The bible is a story about regular people empowered by God to change the world. Joseph is an imprisoned slave and a foreigner. But God gives him the skills to show up the wisest men in Egypt all to God’s glory.

More Sermons in this Series

In John 6:25-35 Jesus tells the crowd not to work for bread that spoils for bread that leads to eternal life. His call is for us to reject consumerism and embrace like his, one of sacrificial service to others.
https://crossingscc.com/rejecting-consumption-for-eternal-life/

John's account of Jesus' walking on the water teaches us lessons about the church, and about God's identity and power.
https://crossingscc.com/gods-presence-with-us-2/